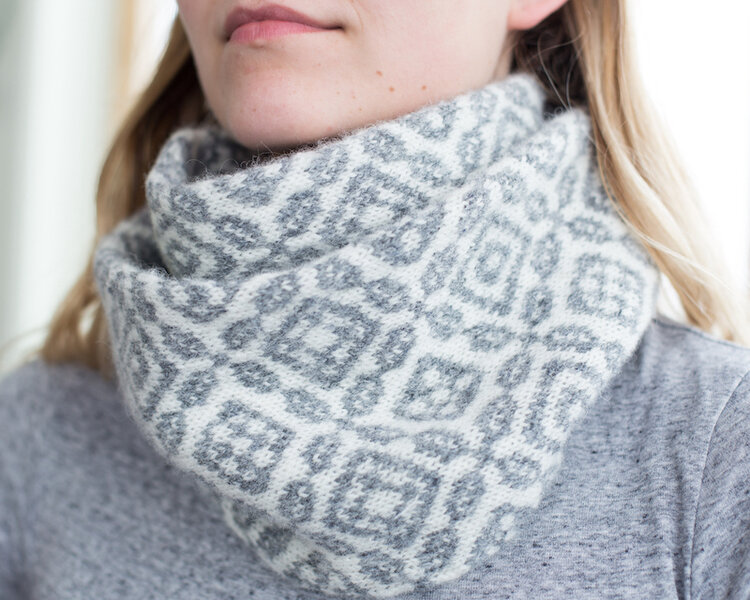 At the beginning of this year, I decided that instead of making a New Year’s resolution I was going to tackle my “to-do” list rather than adding more to it. I tend to thrive on coming up with new ideas and researching new projects but often doing this means I don’t actually get anything done. Over these past two months I have been trying to plan out my work schedule in more detail and be more focused on individual projects as I have a bad habit of starting something and then not finishing it. So far it has been successful and although I am already a couple of weeks behind schedule that’s OK, I am achieving what I have set out to do.

One of the things on the list was to release patterns that have featured in publications as single patterns. It’s one of those jobs that you would think wouldn’t take long but it can often be a case or rewriting into my own pattern style, maybe reworking the charts, taking new photos and laying the whole thing out on InDesign. I also get my Tech Editor to check it for mistakes.

The patten was inspired by a jumper I bought in a charity shop many years ago; the jumper used two colours with a similar allover pattern and the central motifs changed as you moved up through the garment. It’s funny how pattern evoke memories; I remember very clearly one day in May 2018 sitting on the plane to Amsterdam with a pad of graph paper and a pencil trying out different chart possibilities with Terri Malcolmson in the seat next to me. We were going to the Breidagan (knitting festival) in the Netherlands to do a series of workshops and talks. I also recall casting it on one evening after a day of workshops.

The snood is knitted in the round as a long tube and then the two ends are grafted together, by pulling the stitches snuggly you can obtain an almost invisible join.

The snood gets it name from the island of Foula, an inhabited island that lies just over 20 miles to the west of Shetland and on a clear day I can see it from the front of my house, sitting like a wave on the horizon. I mostly sat in the conservatory while I knitted the snood, it was a spell of fine weather at that time and I could see Foula clearly every time I looked up from my knitting.

“The Five Peaks catch the lingering light of evening, where Foula’s cliffs stand in the Western foam” From Simmer Dim by Vagaland

You can find out more details and purchase the pattern on Ravelry here. 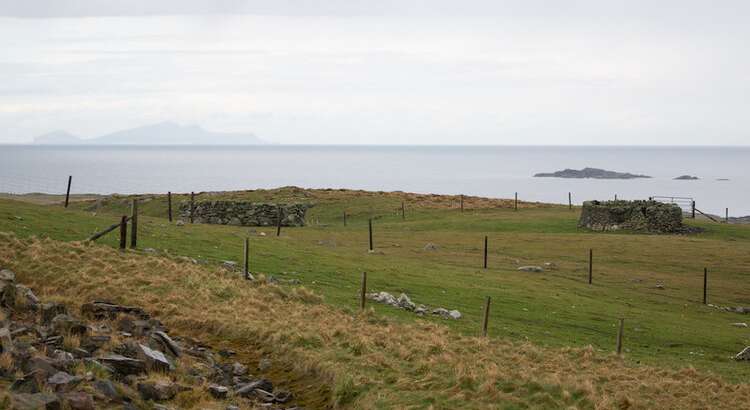 Check out my products